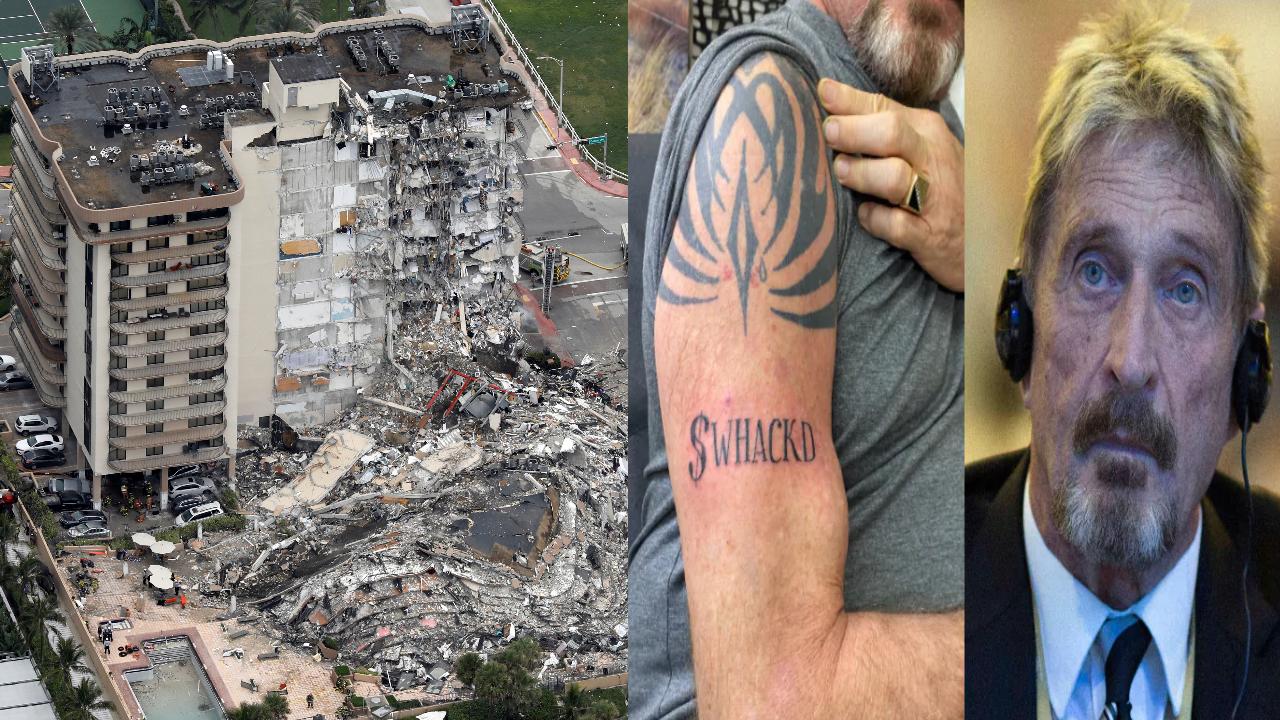 On The Sons of Liberty afternoon show on Thursday, I covered two stories: the collapse of the Champlain Towers South that collapsed, and the “suicide” of John McAfee. Little did I know what I would discover less than 24 hours later.

First, take a look at this tweet allegedly posted by John McAfee.

I say “allegedly” because of a couple of things. First, the message part of the tweet is dark like the name John McAfee. When I have viewed Twitter on the computer and my phone, it is not dark like that, but light, similar to the bottom time stamp.

Second, there were only 5 screenshots of John McAfee’s tweets recorded at Wayback Machine, all within the past couple of days. Not one of them produced a result, meaning I could not view the screenshot of that URL to his twitter account.

Is it possible he deleted it? Yes, absolutely.

Is it also possible that someone put this out on their own? Absolutely. I mean why would a smart guy like this put the address of where he’s keeping the evidence, right? That may be or it may have been useful to see what would be done.

We do know that John communicated that he had donated laptops to government secretaries loaded with his spyware and exfiltrated data. He did this in response to the State Department under Hillary Clinton denying him asylum in the embassy in Belize. Check out the relative portion of this interview with VICE.

Assuming the tweet is legitimate, was part of the information that McAfee obtained through that spyware what was being referenced. Again, I find it incredible that he would actually tweet out the address of the evidence, but stranger things have happened and he seemed to grow bolder as he aged.

However, the address is precisely where the Champlain Towers South is located. 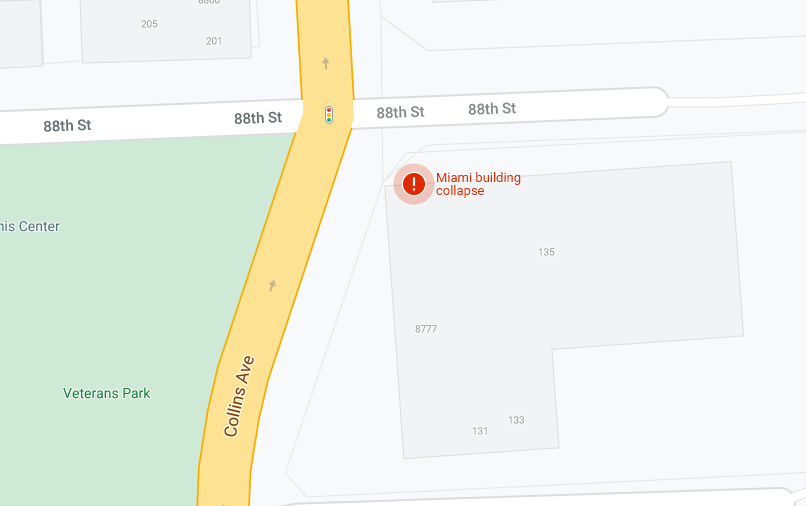 Consider also the surveillance video that captured the collapse of the building.


Note the flashes of light in the lower levels. All of it reminded me of 9/11.

My guess is that once the “search and rescue” ends, they will move to demolish the rest of the building for “safety concerns” and if there really is a connection between this building collapse and John McAfee, everything will be neatly put away due to with “officials” will declare as a “structural integrity” problem.

In either case, I don’t buy that McAfee committed suicide. No way! And he never indicated anything but the opposite in tweets and his attorney and family never expected him to do it either.

Problem is: he was claiming to do well in prison and insisted that “if I hang myself, a la Epstein, it will be no fault of mine”🤔 https://t.co/1oyEMPtMbZ pic.twitter.com/J8E5ugsx43

Getting subtle messages from U.S. officials saying, in effect: “We’re coming for you McAfee! We’re going to kill yourself”. I got a tattoo today just in case. If I suicide myself, I didn’t. I was whackd. Check my right arm.$WHACKD available only on https://t.co/HdSEYi9krq🙂 pic.twitter.com/rJ0Vi2Hpjj

The food is good. All is well.

Know that if I hang myself, a la Epstein, it will be no fault of mine.

Clearly, McAfee did state that he had 31TB of data that he could release.

BREAKING: John McAfee “apparent suicide” just hours after extradition to the USA was approved by courts.#McAfeeDidntKillHimselfpic.twitter.com/pFZ7Qo3EX9

To add to conspiracy theories, users also began noticing a post – the first in months – to McAfee’s Instagram account of a solo ‘Q’, a reference many connected to the QAnon movement, which connects numerous conspiracy theories to the government ‘deep state’ that McAfee had also been critical of later in life.

It seems clear to me that he was not a man who wanted to die, but live and even “stick it to the man.” His widow made comments following his death that he was not suicidal.

The widow of software mogul John McAfee has blamed US authorities for his death in a Spanish prison where he was awaiting extradition and said he was not suicidal.

Janice McAfee said she wanted a thorough investigation into the circumstances of the death of the 75-year-old, which happened in his prison cell on Wednesday in what the authorities said was an apparent suicide by hanging.

Dressed in black and wearing dark sunglasses, she told reporters outside the Barcelona-area Brians 2 jail, where her husband had been held since October, that she had last spoken to him a few hours before he was found dead.

“His last words to me were ‘I love you and I will call you in the evening’, those words are not words of someone who is suicidal,” she said, holding back tears.

“I blame the US authorities for this tragedy. Because of these politically motivated charges against him, my husband is now dead,” she said, adding that he planned to appeal against Spain’s high court ruling, published a few hours before his death, that authorised his extradition on tax evasion charges.

Asking a corrupt government to investigate itself is like asking my chickens to clean their coop. It ain’t gonna happen.

McAfee’s Spanish lawyer, Javier Villalba, said the entrepreneur’s death had come as a surprise to his wife and other relatives, adding he would seek to get “to the bottom” of his client’s death.

“This has been like pouring cold water on the family and on his defense team,” Villalba told The Associated Press. “Nobody expected it, he had not said goodbye.”

Although Villalba said he had no evidence of any foul play but blamed the death on “the cruelty of the system” for keeping a 75-year-old behind bars for economic, not violent, crimes after judges refused to release him on bail.

”We had managed to nullify seven of the 10 counts he was accused of and even so he was still that dangerous person who could be fleeing Spain if he was released?” the lawyer said. “He was a world eminence, where could he hide?”

Is the building collapse in Miami tied to McAfee? It’s possible, but the only link I’m seeing at the moment is the tweet, which I simply cannot verify. Otherwise, there is no doubt that McAfee had data and was willing to disseminate it. In the days ahead, we’ll know more and if anyone has the ability to prove the authenticity of the above tweet, please click the contact button at the top of the page and get in touch with me.