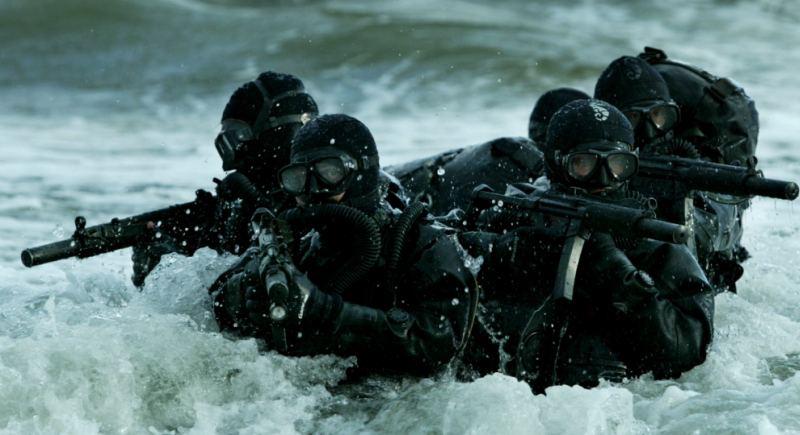 Do these fools in the Pentagon not know these are some of the most dangerous men on the planet and yet, they threaten the elite Navy SEALs with discharge, as well as paying back the cost of training for refusing to take their experimental COVID shot and following their lawless mandate? Apparently not because they are doing just that.

JD Heyes reports for Natural News on the story.

The U.S. Navy’s SEAL teams are literally among the most elite military forces in the world, if not the most elite, but because the Biden regime is literally made up of exactly the kind of tyrants they accused Donald Trump of being, our country is at risk of losing many of these warriors.

According to an exclusive Fox News report, “a growing number of U.S. Navy SEALs who are seeking a religious exemption to the Defense Department’s COVID-19 vaccine mandate are being threatened and, in some cases, harassed into submission.”

Added retired SEAL chief Tim Wood on Twitter: “This is a political purge. ‘A new directive by the Navy’s COVID Consolidated Disposition Authority (CCDA) issued yesterday states that if SEALs decline the vaccine, the Navy may seek to recover from each individual SEAL the money the government has spent on training them.”

He goes on to point out that all service members are at risk of losing something if they refuse the still-experimental vaccine.

“Let’s be very clear about something, SEALs get attention, but this is happening to all service members right now. That Soldier, Sailor, Airman, Marine or Guardian loses no less in this disaster,” he added.

Wood also posted a link to the Navy’s memo, which reads, in part [our emphasis]:

Policy. In order to maximize readiness, it is the policy goal of the U.S. Navy to achieve a fully vaccinated force against the persistent and lethal threat of COVID-19.

7.a. and 7.b. The Vice Chief of Naval Operations retains authority for non-judicial punishment and courts-martial. Involuntary extension of enlistments is not authorized on the basis of administrative or disciplinary action for vaccination refusal. The CCDA may seek recoupment of applicable bonuses, special and incentive pays, and the cost of training and education for service members refusing the vaccine.

According to Fox News, a series of new Navy directives also threatens severe punishment that includes cutting pay, demotions in rank, and a travel ban for SEALS and other Navy members who don’t comply with the mandate.

“For some SEALs who are in the process of seeking a religious exemption to the mandate, the process is nearly impossible to successfully complete to get a waiver,” the network has been told.

Several people complained under Wood’s post that he was “politicizing” the COVID vaccine, and one user asked what the difference was between it and several other vaccines service members are required to have.

In short, the other vaccines have been around for years and have been thoroughly researched and studies; none of the COVID vaccine makers can make that claim.

“Purging our military of its elite servicemembers is detrimental to national security. Doing so because the Commander in Chief refuses to accommodate their religious convictions is abhorrent to the Constitution. Their years of experience and leadership in service to our nation is immeasurable and irreplaceable,” Michael Berry, First Liberty Institute’s general counsel, and lieutenant colonel in the Marine Corps Reserve, who is representing approximately 34 active-duty SEALs and two reservists, told Fox News.

“Remove a SEAL from special warfare, reduce his salary, and force him to repay his training is purely vindictive and punitive. And it’s illegal. They have nothing to do with a virus,” he said.

The issue is that this is much more than a political purge, it’s a takedown of the united States of America and people are too caught up in their political parties and the lies they tell and the lies of the Mockingbird media to know the difference.

Recently, several veterans had a message for Joe Biden regarding his threat to eliminate their health care if they didn’t take the shot by November 1, 2021.

Vets Respond To Biden’s Threats Against Them: I Got A Bullet For Ya! (Video)

If the SEALs meant their oath, they should band together and deal with the real domestic enemies the swore to defend against, and they can find them in the White House, The Capitol building and in the Pentagon, just to name a few.