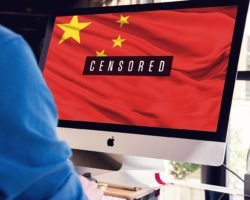 In the run-up to the 2020 election, many in the Mainstream Media, including Big Tech (that is, the usual band of knee-jerk Democrat Party cheerleaders) censored the President of the United States at the time, Donald Trump, and many of his conservative and Republican supporters. These media luminaries decided that the American people could not be permitted to hear both campaigns make their cases in order to make up their own minds how to vote because the media was afraid that Hillary’s “deplorables” and “irredeemables” might not choose the right candidate, that is, their candidate, Joe Biden.

Their reasoning, such as it is, is that whereas Trump had spread “misinformation”, such as suggesting that the Hunter Biden laptop was not Russian disinformation but was real, that Trump had not had police fire tear gas at peaceful protestors in Lafayette Park in order to have a photo-op with a Bible, and that the coronavirus probably came from the Wuhan lab. Whereas likeable Uncle Joe, who had been awarded a full academic scholarship to law school, who had three degrees, and who finished in the top half of his law school class always tells the truth.  As a consequence of this intervention by the media “Biden protection program,” as well as large bundles of votes that appeared at 3 o’clock in the morning on election night, the evil Donald was vanquished, Biden was elected, and the consequences are there for all to see.

Those consequences are that inflation in the United States is now near a 40 year high.  Thirteen American military personnel were blown to bits by a suicide bomber and a hundred more injured, 169 Afghans were killed, many Americans were left behind, and massive amounts of military equipment left behind for the Taliban terrorist regime in Joe’s hasty withdrawal of troops from Afghanistan. The coronavirus, that Biden promised to “shut down,” has now killed more people under his watch than it did under Trump – this despite the fact that Biden had the advantage that he could watch for a year as the pandemic developed while Trump was blindsided by the virus and had to come up with a plan on Day One.

There is a humanitarian crisis at the southern border as hundreds of thousands unvetted people from all over the world flood into the country, many infected by the coronavirus and other diseases, while Kamala Harris, assigned by Joe to deal with the problem, is, instead, “working,” so to speak, on a sociology paper on the root causes of illegal immigration.  Mexican drug cartels that have an unfortunate habit of torturing and murdering people are getting enormously rich as they ship enormous quantities of heroin and fentanyl into our country that will kill adults and children alike.  Crime and homicide across the country are setting record highs, but especially in our Democrat controlled big cities.  North Korea has restarted its ballistic missile program and has just announced that they have test fired a hypersonic missile. A hundred thousand Russian troops are massed on the Ukraine border.  Hong Kong’s freedom was crushed soon after Biden took over.  Fleets of Chinese fighter jets regularly invade Taiwan’s air space.  The country is, according to some polls, more divided than it was under Trump.  Even Chuck Todd, a dependable “Democrat” Party cheerleader, cannot ignore the incompetence anymore.

Despite all this, Biden, apparently living in his own happy world with CNN’s Fareed, recently stated that he has had a splendid first year and, when he doesn’t just walk away from reporters refusing to answer any questions (the peasants not, apparently, being entitled to any answers) tells reporters that they ask stupid questions and calls one “a stupid son of a b***h” for asking a perfectly reasonable question – not a very good look for someone who, on his inauguration day, stated that he would restore dignity and respect to the office.

Since the Biden presidency has not turned out as planned by the all-knowing Democrat Party, the news media and the billionaire boys club in social media, it might be time for the country return to the normal democratic practices that served the United States so well before the adolescent rebellion took control of our institutions.  In these traditional democratic processes, the two presidential candidates put their case to the people, the potential voters, so that they can make an informed decision.  The idea that some social institutions, for example, the print or electronic media should decide to play God and censor one of the candidates because they believe that he or she is spreading disinformation would not even have been contemplated.  That sort of thing only happens in the Soviet Union, China, Cuba of Venezuela.

The United States’ political system, by contrast, was understood to be founded on the shared belief, tracing at least as far back as John Stuart Mill’s 1859 essay “On Liberty,” in which it is argued that the solution to misinformation is not censorship, that is, less speech, but more speech, more argument (in the logical sense), more discussion. Mill’s view is based on a sober appraisal of human nature, warts and all.  For, given the unfortunate tendency of human beings of all stripes to decide that any information that contradicts their position or agenda is misinformation, the greatest chance that the truth will emerge is in a free and open discussion between all parties – barring only explicit calls to violence. No exceptions are made for politicians or “news” personalities whose feelings are hurt or tech billionaires who may have rather too close ties with China.

For the record, it was the “news” and “social” media that were spreaders of misinformation.  Quite surprisingly, Trump was right about the Hunter Biden laptop, the Lafayette Park event, and his claim that the coronavirus probably came from the Wuhan lab.  On the other side of the ledger, Biden did not have a full academic scholarship to law school. He did not graduate with three degrees. He had one degree.  He did not finish in the top half of his law school class.  He finished 76th of 85 students (the bottom 11%).

The results of the recent media departure from time-honored American traditions of free speech and opposition to censorship in service of their own political agenda were predictable (because human nature never changes).   The responsibility for the enormous damage to the United States, including the bloodshed in Afghanistan and in America’s cities, falls directly on the political party and media “elites” that promote and carry out this anti-American and anti-Democratic censorship.  It is for the American people and them alone to decide what is the truth in any given election cycle.  The message for our “news” and “social” media elites is this:  You are not that bright, certainly not as bright as you think you are.

Playing God: The Deadly Fruits Of Media Censorship Of Conservatives is posted on Conservative Daily News – Where Americans go for news, current events and commentary they can trust – Conservative News Website for U.S. News, Political Cartoons and more.