For several months I’ve been saying that the Democrat’s best chance for defeating Donald Trump in November is not the senile Joe Biden but his not yet announced but very charismatic running mate to be, Barack Obama.  It’s been obvious the Democrat’s plan must be to sneak someone in late in the election cycle, and who would half of America want to see replace Trump more than Obama?  Before I repeat what I wrote in April (below) let’s consider Biden’s own words just yesterday:

CBS News headlines said: Biden wants “strong” vice president who is “ready to be president on day one.”

The longer quote: “It’s really important that whomever you pick as a vice president agrees with you in terms of your philosophy of government and agrees with you on the systemic things that you wanna change,” Biden told O’Donnell. “And is, in fact, going to be able to be someone who is not at all intimidated by the president, not at all intimidated walkin’ in the White House. And is going to be prepared to give their unvarnished opinion and be able to privately argue with the president if they disagree. I want someone strong. I want someone strong, and someone who can — who is ready to be president on day one.”  [I wonder who matches that description…]

But this theory doesn’t depend on yesterday’s description of Joe’s future running mate.  Obama is clearly the most liked and most electable democratic possibility.  There are fantasy books about this duo. 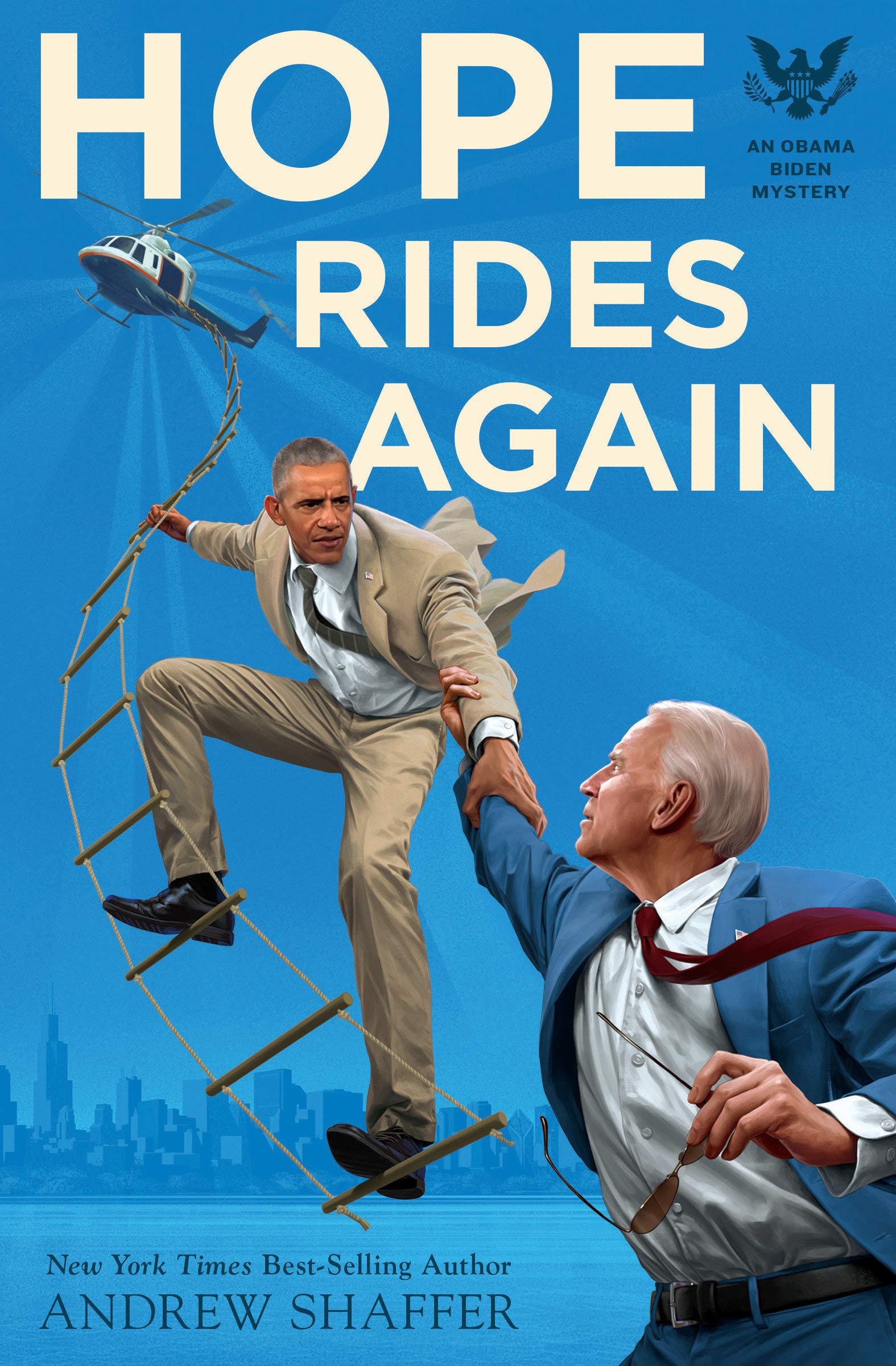 There are comic books about the pair:

The messianic return of their savior Barack Obama

is the liberals’ (and globalists’) wet dream.

In April I wrote: “Watch “Biden” pick Obama as his running mate for 2020, to “help” his good friend Joe for a few minutes before declaring him incompetent and taking over.  Don’t you think half of America would be happy to have their darling Obama back, especially if the economy/world is in a shambles caused by coronavirus [and debt]?

“Wait a minute,” you point out, “Isn’t there a rule preventing more than two presidential terms?”  Kind of – but not really.  One way around it is if Michelle Obama were the candidate.  If she gets into office, who will really be running the show?  And Barack doesn’t even need Michelle to run for office to avoid an issue with the 22nd Amendment…. as Wikipedia points out: “The Twenty-second Amendment (Amendment XXII) to the United States Constitution sets a limit on the number of times an individual is eligible for election to the office of President of the United States.”  It says nothing about being elected as Vice-President alongside a senile sham presidential candidate, and quickly replacing him.

Do you really think Obama is above sneaking back into office this way?  Do you really think the Democrats are endorsing Biden just to throw the 2020 election?  Or is it more likely they have a hidden agenda, to be revealed in time?

And while I’m the first to admit such things are open to interpretation, even biblical end times prophecy (and even Islamic prophecy) suggests we have not seen the last of President Obama.

In 2014 I wrote a book explaining the evidence suggesting that the United States is Mystery Babylon and that the biblical Antichrist would be an American president who takes on new powers.  I got trashed for pointing out the signs that Obama would be the one – and that we would know by June 2016.  I got bashed for making that call – especially after he left office.  There was no clear sign of a power grab – no sudden dictatorship.  I could be wrong about Obama.  But by June 2021, I think Barack Obama might be president again, after the election of Biden/Obama.  And if that happens, it once again puts Obama in position to fulfill many end times prophecies.

Check what readers of my book said AFTER my main date passed uneventfully four years ago… and consider the economic collapse, and race riots, and plagues in 2020…. and see if you still want to ignore this end times possibility: