Federal Reserve is Creating a Digital Dollar! One World Currency is Coming! 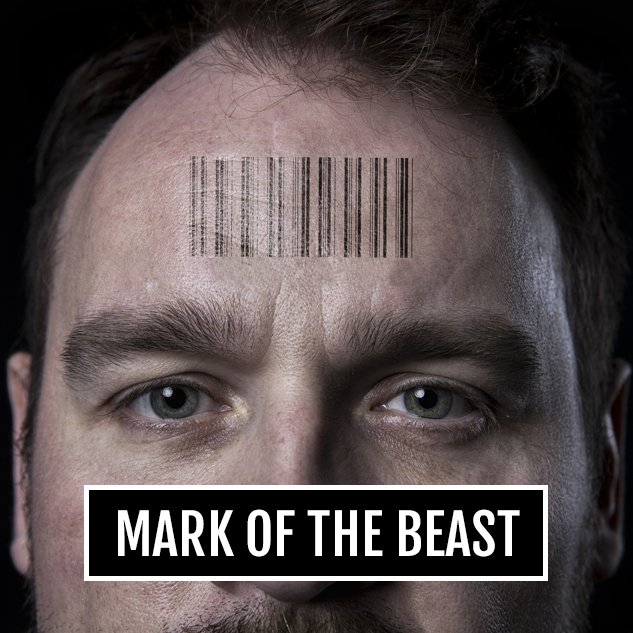 Federal Reserve is creating a digital dollar! One world Currency is coming!

The Mark of the Beast is a mark placed upon the right hand or forehead that enables a person to buy and sell during the future reign of the Antichrist who will have political and economic power over a large portion of the world.

The Bible says that people receive “the mark of the wild beast” because they follow it “with admiration,” to the point of worshipping it. (Revelation 13:​3, 4; 16:2) They do this by giving worshipful honor to their country, its symbols, or its military might.

Loading...
"Not by might, nor by power, but by my spirit, saith the Lord of hosts." Zechariah 4:6
Read it..
BEFORE IT'S NEWS
SIGN UP FOR OUR NEWSLETTER
Today's Top Stories
Mystery Of Absent Presidential Seal Suggests Trump May Not Be President Or If He Still Is, Not For Much Longer... Here's Why!
The David Icke Covid-19 Interview that was Immediately Removed by YouTube
Robert David Steele Being Digitally Assassinated, 5G, Emptying Child Sex Traffic Tunnels Under NYC
WARNING: I Can No Longer Say That Bill Gates Planned Global Vaccinations And The ID2020 Digital Identification Are Not The Mark Of The Beast
X22Report Public Will Learn, Rule Of Law Returns, Bigger Than You Can Imagine - Episode 2142b #QAnon
Mark Taylor: The Storm Is Upon Us! New 2020 April Interview!
New World Order Takeover Marked By Heavenly Signs! April 8th to April 12th - The End Has Come!! - Great Video
X22Report: Trump Is Saving The Best For Last, The Economic Bazooka! Great Video
Banned From YouTube:: David Icke - The Truth Behind Coronavirus Pandemic, COVID-19 (London Real)
[THE ENEMY WITHIN] WHAT A TANGLED WEB WE WEAVE: Future Proves Past - FBI Chief Ted Gunderson's Story - GREAT Video! VIEWER DISCRETION ADVISED!
Loading...
Featured
Bunker Battles: Is The Hidden Enemy Directly Beneath US? - Great Video
Clif High New! Reduce Viral Load - The End of the World As We Know it
Tips On How To Deal With Stress And Anxiety Caused By Coronavirus Lockdown (Video)
As Covid-19 Death Model Proves Wrong: History Of Pandemics Shows This Horrific Fact Is 100% Correct!
Food Supply Chain in Danger of Breaking Down — Food Crisis Looming !!
— How to Survive The Next Market Crash , Economic Collapse & Recession —
Sarah Westall: Countries Agree to Ditch Dollar While Trump Moves Closer to Nationalize FED; Treasury Takeover?
David Icke: Extended Lockdowns Are A Form Of Mass Torture - David Talks To The TradCatKnight Podcast
Project Camelot: You Are the Resistance with Kerry Kassidy
GUARANTEED to SHOCK the HELL out of You!!
Loading...
Top Global
Norovirus outbreak in China linked to delivered food
David Icke: Extended Lockdowns Are A Form Of Mass Torture - David Talks To The TradCatKnight Podcast
British Prime Minister Boris Johnson In Stable Condition After Contracting COVID-19.
Wuhan China Ends Its Coronavirus Lockdown.
Greg Hunter: Disorderly Price Increases Coming for Gold & Silver! US Dollar Money Printing Now Exponential! – Craig Hemke Video
Coronavirus Benassis - Both Multiplying Fast! - Must See Video
Prepare To Have Your Worldview Obliterated
Unsettling Shocker; Coronavirus possibly "dormant" in those who have recovered, could reactivate soon after.
Russian Warships Intercepts the US Navy Warships in South China Sea
President Trump Calls Out WHO: “Wrong About A Lot of Things” “China-centric” ” US is putting a hold on funds”
Loading...
Top Alternative
Food Supply Chain in Danger of Breaking Down — Food Crisis Looming !!
Norovirus outbreak in China linked to delivered food
The Latest Outrageous Policy Proposal Will Raise your Temperature ~ Ep. 1222 ~ The Dan Bongino Show®
URGENT! DO EXACTLY WHAT GOVERNMENT TELLS YOU TO DO!
Terminator’s Dark Feminist Fate
These Very Alarming Numbers Show How People Are “Coping” With The Coronavirus Pandemic
Is There A Virus? - David Icke - A Must Video!
It’s Now Clear That Dr. Fauci Is Trying to Deprive America of a Coronavirus Cure! +Video
Is This “Super Pink Passover Moon” Another Harbinger Of Things To Come?
Visualizing The First Four Weeks Of The Coronavirus Epidemic In The U.S.