The land masses of Japan shifted from east to west to east again in the months before the strongest earthquake in the country’s recorded history, a 2011 magnitude-9 earthquake that killed more than 15,500 people, new research shows. 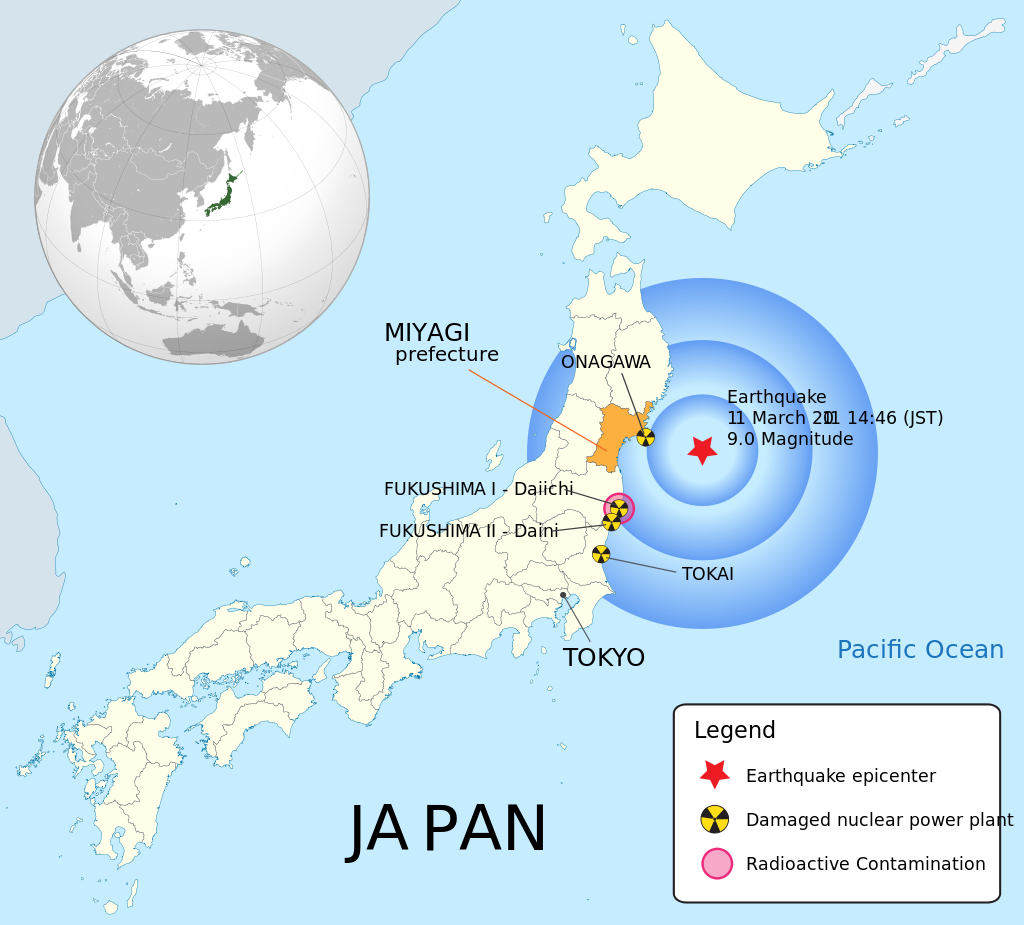 Those movements, what researchers are calling a “wobble,” may have the potential to alert seismologists to greater risk of future large subduction-zone earthquakes. These destructive events occur where one of Earth’s tectonic plates slides under another one. That underthrusting jams up or binds the earth, until the jam is finally torn or broken and an earthquake results.

The findings were published today (April 30) in the journal Nature.

“What happened in Japan was an enormous but very slow wobble – something never observed before,” said Michael Bevis, a co-author of the paper and professor of earth sciences at The Ohio State University.

“But are all giant earthquakes preceded by wobbles of this kind? We don’t know because we don’t have enough data. This is one more thing to watch for when assessing seismic risk in subduction zones like those in Japan, Sumatra, the Andes and Alaska.”Explaining the “wobble” that preceded a devastating .

The wobble would have been imperceptible to people standing on the island, Bevis said, moving the equivalent of just a few millimeters per month over a period of five to seven months. But the movement was obvious in data recorded by more than 1,000 GPS stations distributed throughout Japan, in the months leading up to the March 11 Tohoku-oki earthquake.

The research team, which included scientists from Germany, Chile and the United States, analyzed that data and saw a reversing shift in the land – about 4 to 8 millimeters east, then to the west, then back to the east. Those movements were markedly different from the steady and cyclical shifts the Earth’s land masses continuously make.

“The world is broken up into plates that are always moving in one way or another,” Bevis said. “Movement is not unusual. It’s this style of movement that’s unusual.”

Bevis said the wobble could indicate that in the months before the earthquake, the plate under the Philippine Sea began something called a “slow slip event,” a relatively gentle and “silent” underthrusting of two adjacent oceanic plates beneath Japan, that eventually triggered a massive westward and downward lurch that drove the Pacific plate and slab under Japan, generating powerful seismic waves that shook the whole country.

That 2011 earthquake caused widespread damage throughout Japan. It permanently shifted large parts of Japan’s main island, Honshu, several meters to the east. It launched tsunami waves more than 40 meters high. More than 450,000 people lost their homes. Several nuclear reactors melted down at the Fukushima Daiichi Nuclear Power Plant, sending a steady stream of toxic, radioactive materials into the atmosphere and forcing thousands nearby to flee their homes. It was the worst nuclear disaster since Chernobyl.

Researchers who study earthquakes and plate tectonics try to pinpoint the approximate magnitude of the next large earthquakes and predict where and when they might occur. The “when” is much harder than the “where.”

But it won’t be possible to use the findings of this study to predict earthquakes in some subduction zones around the world because they don’t have the GPS systems needed, said Jonathan Bedford, lead author of this study and a researcher at the GFZ German Research Centre for Geosciences.

In 2011, Japan had one of the largest and most robust GPS monitoring systems in the world. That system provided ample data, and allowed the research team to identify the swing the land mass made in the months leading up to the earthquake.

Other countries, including Chile and Sumatra, which were hit by devastating earthquakes and tsunamis in 2010 and 2004, respectively, had much less-comprehensive systems at the time of those disasters.

The researchers analyzed similar data from the 2010 Chile earthquake, and found evidence of a similar wobble; Bedford said the data was “only just good enough to capture the signal.”

“We really need to be monitoring all major subduction zones with high-density GPS networks as soon as possible,” he said.

Source: http://www.ineffableisland.com/2020/04/wobble-may-precede-some-great.html
Before It’s News® is a community of individuals who report on what’s going on around them, from all around the world.