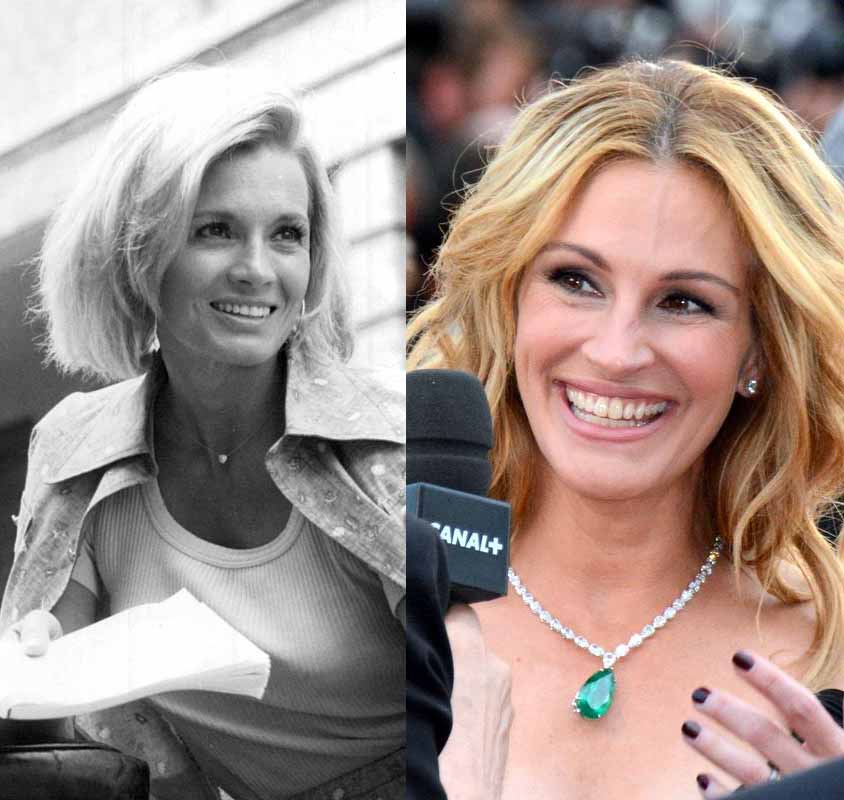 Julia Roberts was bred by Angie Dickinson and Lee Marvin during the filming of the 1967 film Point Blank
Every time a movie is made, so is a baby, a future star more often than not, and the ignorant masses celebrate, encourage, and enable this practice unwittingly as movie consumers.  ALL famous persons are not randomly born. They are bred and then adopted into occult families with reasonably similar looks.  When they hit a certain age, they are “discovered” and put on the fast track to success.
by Matrix Hacker
(henrymakow.com)
Hollywood celebrities are bred at the behest of Cabalists and adopted into unrelated cult families to disguise their bloodlines.
This practice, along with the non-disclosure agreements obscure the fact that actors are required to breed offspring with their co-stars as a condition of starring in movies.
Cabalists maintain world domination by leaving nothing to chance and their breeding system ensures that have a steady stream of people with movie star looks and talent to choose from and turn into human idols for the masses to worship.
New movies and stars keep us distracted from how things operate behind the scenes in Tinseltown where all that glitters is not gold.  Hollywood is a cesspool and because protecting offspring from harm and unwholesome influences is a basic parental impulse, separating the children of stars from their biological parents helps perpetuate the system of slavery and deception.
The placing of these babies into biologically unrelated households means that the families that raise them have cash cows in their possession. They make lucrative careers out of raising these children and handing them over to the system that exploits them.
Often, megastars are made to take on controversial or humiliating roles early in their careers as an initiation to prove their willingness to push Hollywood agendas that seek to corrupt and degrade society. Later, they are rewarded with plum roles as their careers progress.
Julia Roberts was bred by Angie Dickinson and Lee Marvin during the filming of the 1967 film Point Blank.  She was adopted into a family with parents who were actors and ran a children’s acting school in Georgia.  Her big breakout roll came in 1990 when she played the role of a streetwalker in the film Pretty Woman which made prostitution appear to be a socially acceptable career choice for women.  Julia was later rewarded with a legacy role in that she played the same role that her true mother Angie Dickinson played in the 1960 film Ocean’s Eleven when the remake was made in 2001. 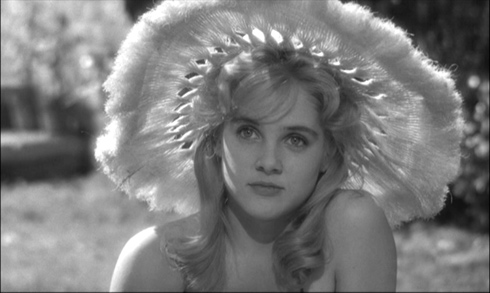 Megastar Jodie Foster was bred by Sue Lyon (left) and James Mason during the making of Stanley Kubrick’s 1962 film Lolita.  She was then adopted into a cult family as the fifth and youngest child and started her career at age three, appearing in a television commercial as the Coppertone girl.
Her acting debut came in 1968 when she appeared in the television show Mayberry R.F.D. which her “brother” Buddy Foster was a regular actor in.  She made numerous appearances in various television shows and transitioned to film at age ten playing the role of Becky Thatcher in Tom Sawyer.  Her big breakout role came at age twelve in which she played the role of a child prostitute in the film Taxi Driver.
Jodie’s early career mirrors that of her true mother Sue Lyon who was bred by Jimmy Stewart and Donna Reed during the making of It’s A Wonderful Life in 1946, became a child model at age eleven, made an appearance on the Loretta Young Show in 1959, and then made the sudden jump to film playing the role of Lolita. 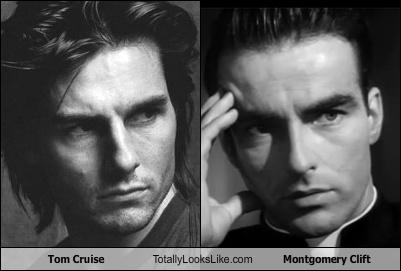 Megastar Tom Cruise was bred by Montgomery Clift and one of his costars, Susannah York most likely, during the filming of the 1962 John Huston film Freud: The Secret Passion.  Tom Cruise’s big breakout roll came in 1983 when he starred in Risky Business in which he was made to dance solo in his underwear.
This famous scene and his subsequent early movies such as Top Gun and Cocktail are interpreted by many as having homo-erotic undertones.  Similarly, Montgomery Clift’s first film, Red River, and several others were notable for their homosexual undertones.  Montgomery Clift was privately homosexual.  Similarly, his son Tom Cruise has been dogged by gay rumors throughout his career and his three marriages are frequently the subject of public discourse in which they are suspected of being shams.

Bruce Willis was bred by Tom Ewell and Marilyn Monroe during the making of the 1955 film The Seven Year Itch.  Tom Ewell is best remembered for the role he played in this romantic comedy despite having had a long career in film, television, and theater.


Similarly, Bruce Willis became famous through his breakout role as a comedic actor in the television series Moonlighting.  His first movie, 1987′s Blind Date was also a comedy and the following year he achieved megastar status by starring in the action film Die Hard which went on to become a hugely successful series.  Later in his career he was able to expand his range as an actor in the highly acclaimed film The Sixth Sense. 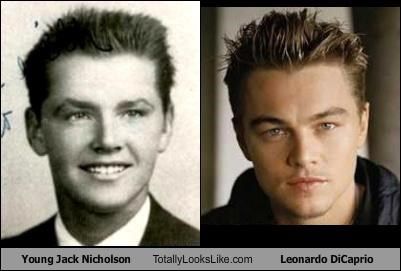 Leonardo DiCaprio was bred by Jack Nicholson and Faye Dunaway during the making of the 1974 Roman Polanski film Chinatown.  Strangely, the film also starred John Huston, the father of Jack’s girlfriend at the time, Angelica Huston, and the film addressed dark themes such as incest and secret breeding which are features of generational Satanism.
Leonardo’s breakout role in film came in 1993 when he played a troubled boy alongside Robert DeNiro and Ellen Barkin in This Boy’s Life.  Later that year he played the role of a mentally retarded boy in the film What’s Eating Gilbert Grape.  These roles led to much more lucrative and desirable roles in films such as Titanic and Steven Spielberg’s Catch Me If You Can.  Later, he was chosen to star with his father Jack Nicholson in the 2006 Martin Scorsese film The Departed.
–
Also by Matrix Hacker
- Cabalist Breeding Program Part One